April Larson, A.K.A. “The Grinder,” Is a 15 year old junior championship player from Bloomington, Minnesota. She is a team member of the Billiard Education Foundation (BEF). She attends Jefferson High School in Bloomington where she maintains a 4.0 GPA. In her spare time she enjoys relaxing and hanging out with her friends. She is grateful to her whole extended family for being there for her. Most of all, she is thankful for her Mom, Dad, and Sister for their constant support that they bring to her.

1: How did you get your start playing pool?

I started playing at age 9. My dad’s night out was to go play pool with other members of my family. While he was away, my sister and I used to fight all the time. My mom would always call him on his night out to say that we were fighting, so then he took me with him one day to stop that from happening. At first, I really liked going to see my family. It took about 2 years and I really started liking playing pool. I started getting a table for myself, and shooting balls around, and then I wanted to join a junior league. So my dad got me started.

2: What was your first cue?

My first cue was an action cue. It was a Christmas present. It was a short cue and it had dolphins on it “laughs.” It was a gift from my parents.

I do that a lot. Honestly, every time I go to the table it’s for fun. There’s been times when I want to quit, but even when I think in my mind that I’m going to quit in two hours, I just keep on going.

We started with a 7 foot, and then got a better 7 foot. After a while we got a 9 foot, and now we have a 9 foot Diamond table at home.

5: Do you go out to play at local halls?

Yes, the closest one to me is Shooters and then there’s CR Billiards, Two Stooges, and Farmington Billiards.

6: What is your favorite game to play?

Honestly, it’s hard for me to decide which game I like more 8 or 9 ball. On a nine foot table I like 9 ball. That’s my favorite game.

7: What was your favorite tournament that you have played in?

8: What do you consider is your strong shot?

My break has gotten a lot better. That’s what they hounded down on me when we went to train with Jeanette and Johnny. They changed my break so much that I make a ball almost every time now, and get the cue ball back behind the head string of the table. So yeah, the break is really strong for me. Also long shots; straight in or on an angle, I’m pretty good at long shots.

Dog. We have a little Yorkie named Lexie.

I don’t collect them. It’s probably because I’m a kid right now; but whenever I win a tournament and get a cue, I like to keep them if we don’t have to raffle them. We usually have to raffle the majority of them off to help fund the trips we go on.

11: What was it like to be hanging out with Johnny Archer?

He is the funniest person you’ll ever meet. When we were at Jeanette’s house training for the Austria or the Atlantic Challenge Cup; he would just crack joke after joke when we were team bonding. Honestly, we could have just sat in the room a laughed all day. He just knows how to be funny.

12: Can you name some of your major tournament accomplishments?

At the Super Billiard Expo last year “2015” I placed 7th and 8th in the women’s open pro.  Winning BEF, all the times I have, is just incredible. I can’t believe that I have been blessed enough to do that!

13: Are you involved in any other sports or recreational groups?

At the beginning of school, I started this thing called Jag Power where after school we work out for an hour or hour and a half. I go to Jefferson High School in Bloomington. Our mascot is the Jefferson Jaguars.

I have a JB Rugged case. It was a gift from John and Karen Barton of JB Cases and I would really like to thank them for it. It’s relatively new and I haven’t really switched over from my old case to the new one yet. I carry my chalk, my tip shaper, and my glove. I don’t use a glove much, but it’s nice to have if you are in a very humid area, you can just slip it on. My hands get sweaty sometimes and it’s nice to have a glove to put on. I have a lot of stuff I have to put in my case before I go to China.

My favorite movie would have to be, this is going to sound funny but Ice Age. I love it! It’s just like one of those movie you can put in and it just cheers you up. It’s like a classic in my mind, because it’s a movie that I grew up watching.

As sponsors I have Hustling Clothing Company, J Pechauer Cues, and Kamui Tips. I just love my Pechauer cues!

17: What was it like to meet two of pools greatest athletes, Alison Fisher and Jeanette Lee?

I got the chance to meet Alison a couple of times, and she’s amazing! It doesn’t seem like she is a champion when she talks, she is so personable and nice. Jeanette, honestly, has had a really tough time with some health issues, but she’s just the happiest person on Earth. There’s nothing that can bring her down. They are both so awesome! I mean, all these players have been through something that has made them who they are, and it’s just incredible to listen to them and hear what those things were.

Probably Lasagna. Our Family is pretty big on Italian food. I would have to say my favorite is lasagna.

19: What would you be doing if you’re not playing pool?

20: What does the future hold for April Larson?

I have no idea, but I am hoping it has a lot to do with pool. I want to be one of those people who can make a living off of it. I know it’s going to be difficult, but that’s my hope. I’m planning on going to Lindenwood University, if I get accepted. 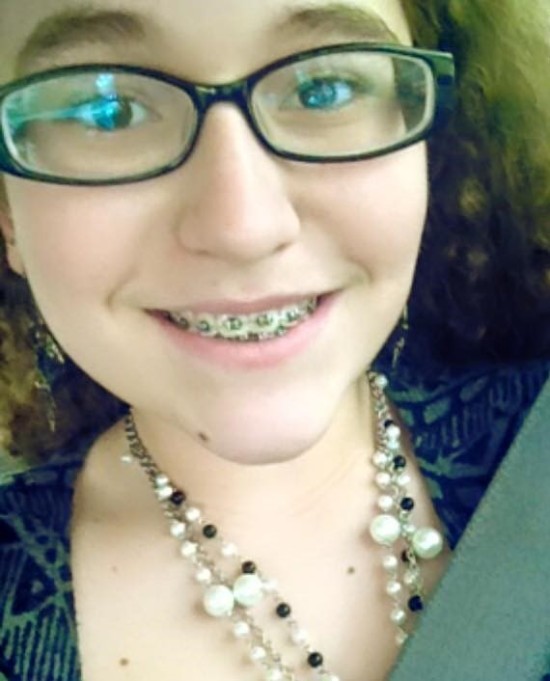 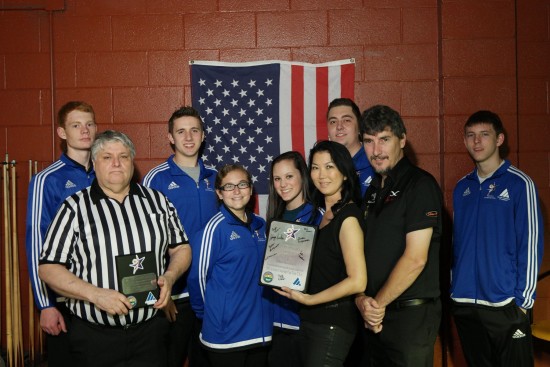 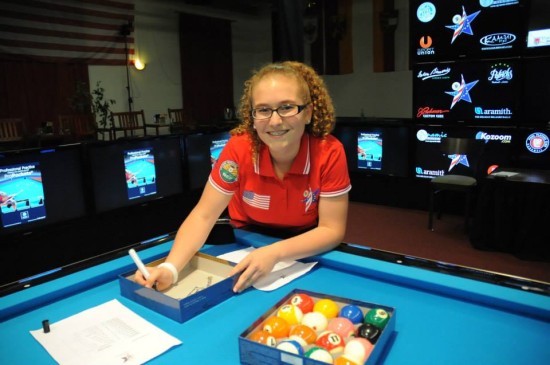 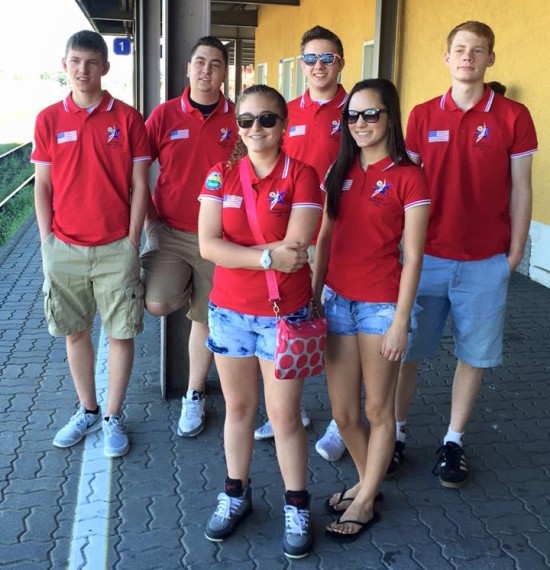 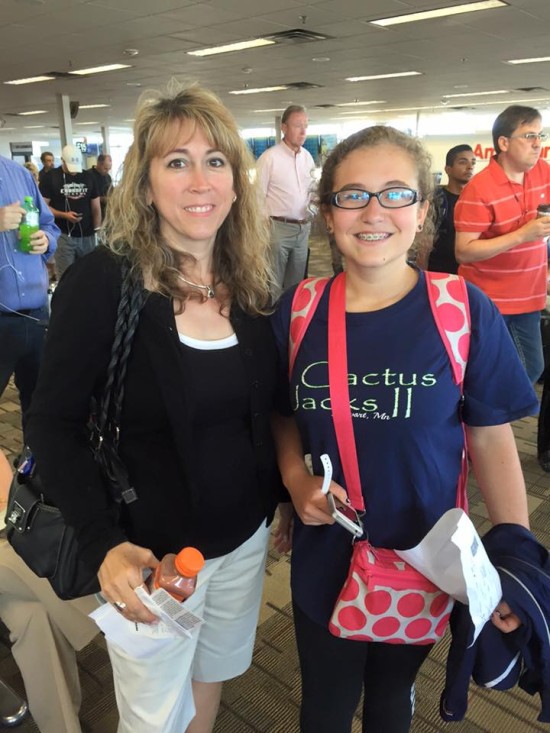 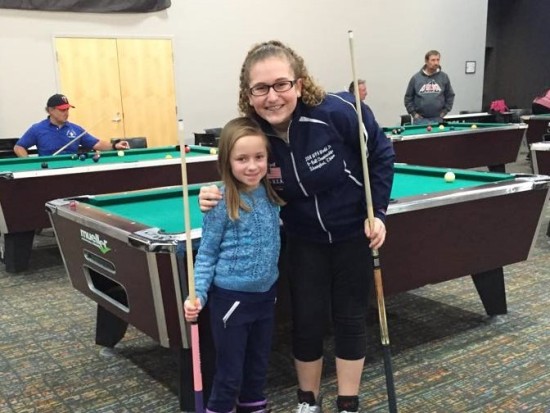 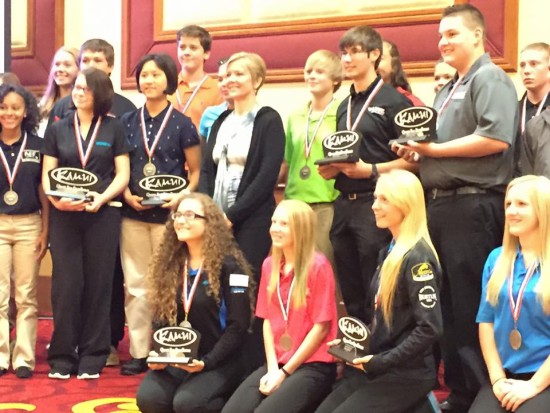 Here are some more pictures of April. Some with her team mates, and a few with some well known friends.
Remember that at any time you can pause, skip, or go back to any pictures you like.